“Star System,” “Galaxy,” and “Universe” are not Interchangeable Terms 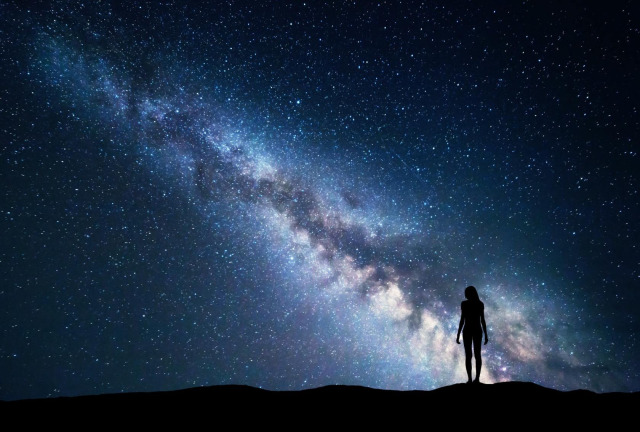 You really need to get this hierarchy straight:

For the most part, planets revolve around a sun. This is called a Star System.

Stars (with their collective planets) are generally found in big collections called a Galaxy.

Galaxies all exist in a Universe.

To simplify it, think of it this way: If a planet was a house, then the Star System is a street of houses, and a Galaxy is a very large city. A Universe is the entire continent.

Also, a note about distances:

Planets inside a Star System can be very far away from each other, but they’re still within the gravity well of a star.

Stars are usually very, very far away from each other, so far away that it takes their light years — sometimes hundreds or thousands of years — to reach each other. That’s why we use the term lightyears as a unit of measure.

That is also why we generally use the science fiction term “hyperspace” to cheat and jump from one star system to another, and to bypass the reality of a thing called “time dilation” which would make plotting any kind of fictional story a real challenge.

GALAXIES ARE VERY VERY VERY VERY VERY VERY VERY FAR AWAY FROM EACH OTHER. It takes light hundreds-of-thousands, or millions, or even billions of years to reach each other. Even using “hyperspace” you need to stress how in the heck you can go that far, even if it’s a simple statement that the technology pokes a hole in space to enable instant travel across ANY DISTANCE. If you establish that up front, you might get away with it, but … and this is a big point:

You must respect the vast distances between all these celestial objects, and have a grip on what they all are. Bonus points if you have a good knowledge of what a black hole is, and a quasar, and other exotic and strange things such as a neutron star.

Example: You will never be able to look up into the sky and see something happening at that very moment to a star. If a sun is destroyed by a “Star Killer,” you won’t see it happen from a neighboring star system for many years.

– Major goof made in a recent Star Wars movie

You should also know that there are many different types of stars, ranging from giants to dwarfs, and various colors, and each color means something — and is an indicator of how much heat and radiation that they spew forth.

But above all, do not get star systems and galaxies confused.

If you do, your readers will laugh at you.