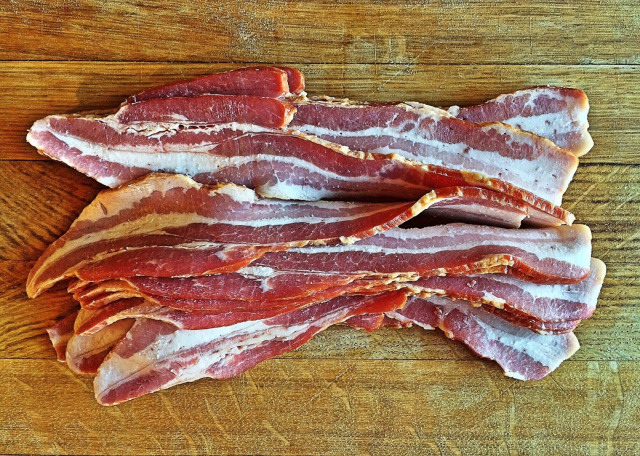 “I want bacon flavored bacon on my bacon. I want so much bacon flavor that it obtains critical mass. I want it to collapse into a bacon singularity were no flavor can escape.”

She pushed her glasses down her nose so that she could look over the wire-rimmed frames at him. “That’s crazy,” she told him, “that would leave you trapped inside the bacon event horizon.”

“You’re insane.” She crossed her arms and shook her head. “But if that’s what you really want, I can’t stop you.”

He smiled and waved, then stepped into the giant Bacon Accelerator. There was a loud hum, a flash, then he was gone.